Farewell to a Friend: Bruce Bacon

I first met Bruce when I was working on my Master's degree. I was interviewing innovative landowners across the state who had working landscapes that were generating income and protecting the environment. While most of my 30 plus interviews lasted an hour or two - the interview with Bruce was 4 or 5 hours.

That first interview led to a 20 year friendship. It included harvesting crab apples and making the best jelly ever. It included many pesto dinners. It included many trips to the farm to discuss how to develop an enterprise that supported people, community, and the soil. 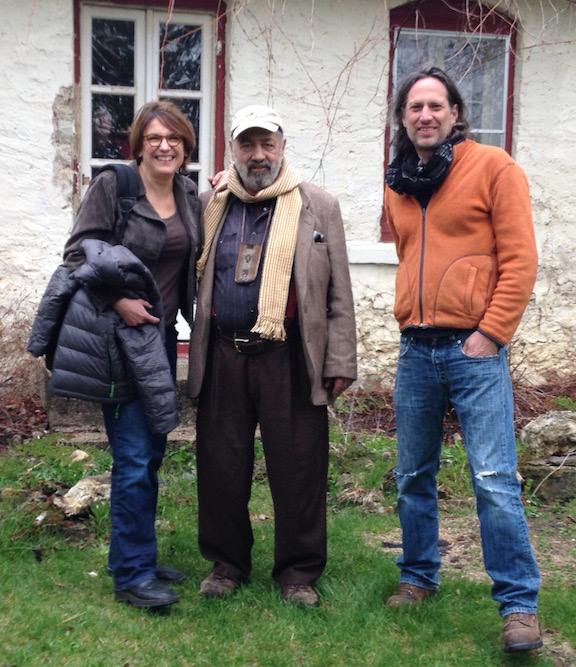 Bruce was one of those people who would give the shirt off his back to help others. I never left there without a jar of honey, something to plant in my garden, a couple of articles to read, and whatever was being harvested. I tried to reciprocate by bringing a copy of the New York Times, Oregon wine, and chocolates.

His business sense was often overshadowed by his generosity and love of people and nature and ideas. That sometimes drove me crazy, because I wanted Garden Farme to be a robust business and all the things Bruce made it. Now, on the other side of his life, I think he did it just right.

I'm not much of a phone person, so people don't call me a lot. But Bruce did. And he was such a poet, such a thinker, such a philosopher, that I had a hard time erasing his voicemail messages. So I still have six of his messages saved in my inbox. I haven't had the courage to listen to them since he passed, but I'm glad I saved them. What a big hearted, big thinking man. Love you Bruce!

As a priceless remnant of the counter-culture of the 1960s Bruce had a brilliant mind, an aptitude for language and imagination, and the one-liners would not quit. He was a visionary - stewarding land that has been in his family over a hundred years… 'Point of view is a limit, community a remedy' he would often say.

Bruce had a vision to turning his farm into a vibrant incubator that supported the land, people, community and many sustainable enterprises.

He taught many how to garden, about permaculture, and about soil - how he loved soil - the life in it, the power of it, what good soil could do for the people and the earth.